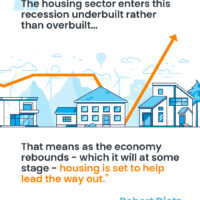 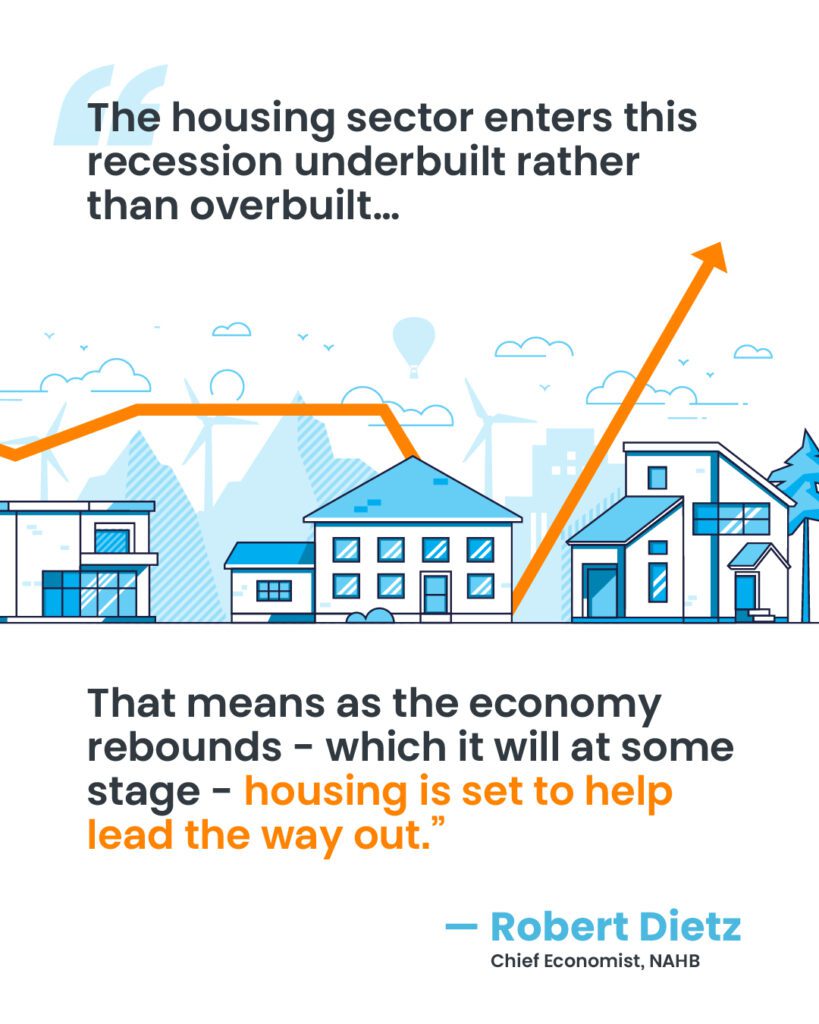 Ten million Americans lost their jobs over the last two weeks. The next announced unemployment rate on May 8th is expected to be in the double digits. Because the health crisis brought the economy to a screeching halt, many are feeling a personal financial crisis. James Bullard, President of the Federal Reserve Bank of St. Louis, explained that the government is trying to find ways to assist those who have lost their jobs and the companies which were forced to close (think: your neighborhood restaurant). In a recent interview he said:

“This is a planned, organized partial shutdown of the U.S. economy in the second quarter. The overall goal is to keep everyone, households and businesses, whole.”

That’s promising, but we’re still uncertain as to when the recently unemployed will be able to return to work.

Another concern: how badly will the U.S. economy be damaged if people can’t buy homes?

A new concern is whether the high number of unemployed Americans will cause the residential real estate market to crash, putting a greater strain on the economy and leading to even more job losses. The housing industry is a major piece of the overall economy in this country.

Chris Herbert, Managing Director of the Joint Center for Housing Studies of Harvard University, in a post titled Responding to the Covid-19 Pandemic, addressed the toll this crisis will have on our nation, explaining:

“Housing is a foundational element of every person’s well-being. And with nearly a fifth of US gross domestic product rooted in housing-related expenditures, it is also critical to the well-being of our broader economy.”

How has the unemployment rate affected home sales in the past?

However, research reviewing the last thirty years doesn’t show that direct relationship, as noted in the graph below. The blue and grey bars represent home sales, while the yellow line is the unemployment rate. Take a look at numbers 1 through 4: 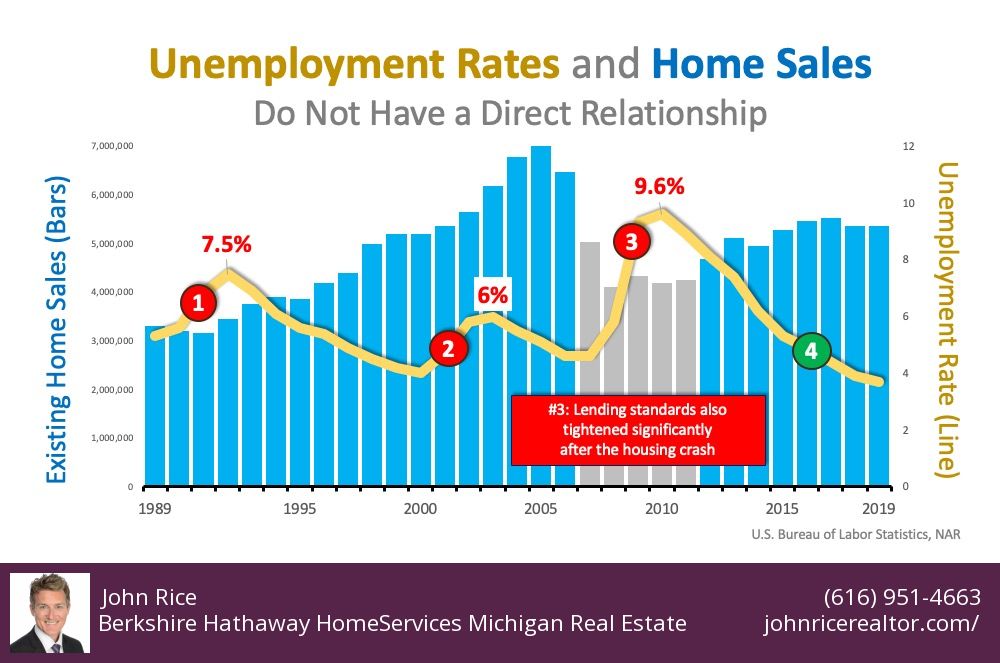 The impact of the unemployment rate on home sales doesn’t seem to be as strong as we may have thought.

How does this compare to the other financial crises? 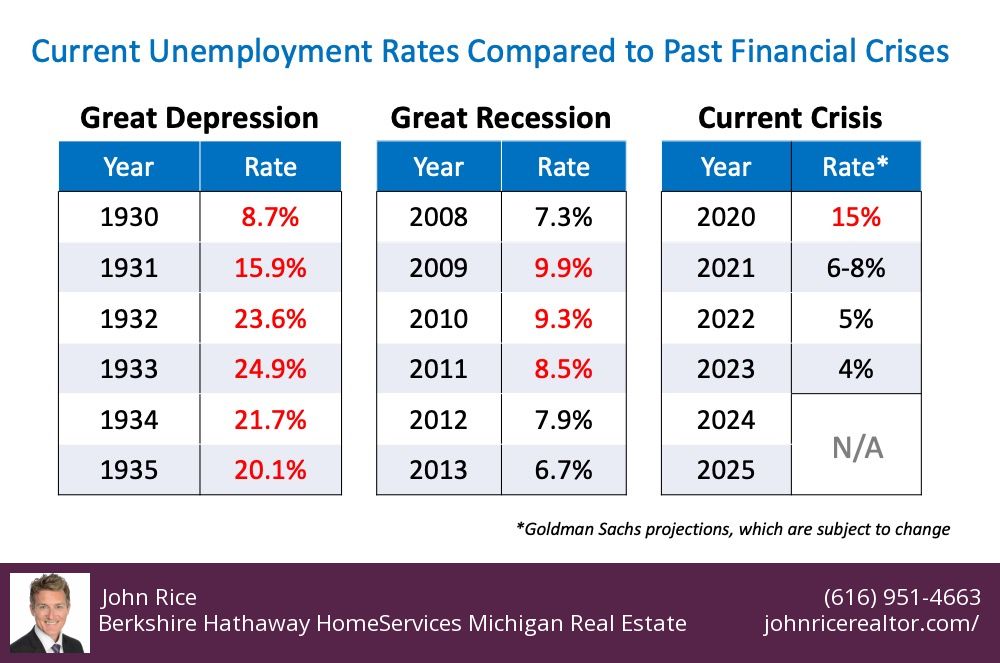 We’ve given you the facts as we know them. The housing market will have challenges this year. However, with the help being given to those who have lost their jobs and the fact that we’re looking at a quick recovery for the economy after we address the health problem, the housing industry should be fine in the long term. Stay safe.

John Rice is dedicated to assisting home buyers and home sellers in the Greater Grand Rapids area and across Michigan with their real estate needs. Ranked in the top 5% of Berkshire Hathaway Real Estate Agents Nationwide, John Rice puts his expertise and skill into action to assist each client in maximizing their real estate dollars.
View all posts by JOHN RICE ASSOCIATE BROKER | REALTOR →

Looking to the Future: What the Experts Are Saying
Why Home Office Space Is More Desirable Than Ever